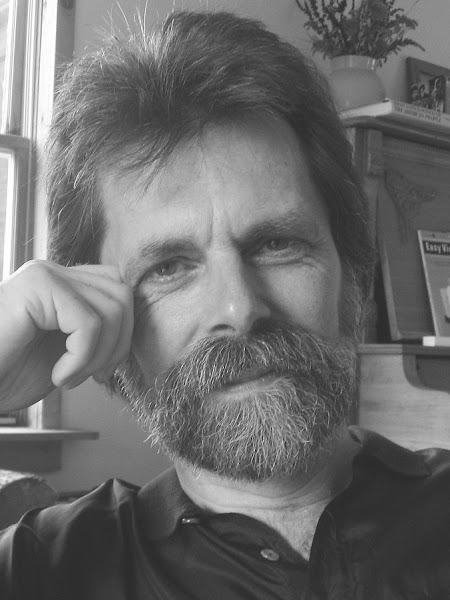 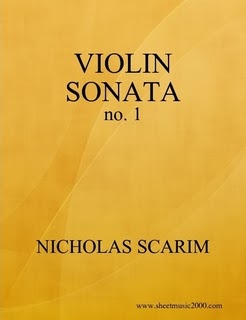 The Adagietto (first movement) begins with the interval of a minor third, which will be a prominent melodic interval throughout the four movements.
.
 .
To preview or purchase the score, click this link:
.
Scarim Violin Sonata no.1 (buy score)
.
.
.
The second movement is titled "Waltz" - in the place of what would often have been the Minuet movement in earlier times.
.
 .
The three chords which form the basis of the whole work begin the waltz.
.
.
.
The third movement is titled "Blues" - but its form is much more complex than the usual repeating twelve bar progression.
.
 .
Only at 3:18 do we actually hear a twelve measure structure, which is then repeated just once (at 3:56) before we return to what I might call “a five minute rhapsody evoking the blues.”
.
.
.
Here is the final (fourth) movement:
.
.
 .
The descending minor third in the melody and the three chords from the waltz are developed with jagged, jazzy rhythms.
. 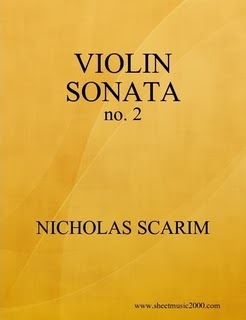 Press play to listen to the first movement of the second sonata, composed in 2004:

Here are the second, third and fourth movements:

Sonata no.1 for Cello and Piano 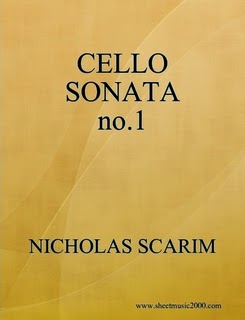 Sonata no.2 for Cello and Piano 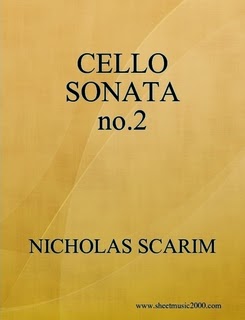